WhatToDo Deal - Get $50 off your HelloFresh meal box!

Whoever you are or wherever you live, I can bet you’ve heard of meal kits.
You may not know that much about them, but I’m sure you’ve heard of them. Instagram, Facebook or even through your mailbox, you’ve heard of them somewhere. For those of you living under a rock, meal kit companies like HelloFresh send you recipes and the exact ingredients to make meals for two people or four in a box right to your door. So instead of measuring out a pinch of this, a tablespoons of that, you just bung it all together and done, you have yourself a delicious, home cooked meal. 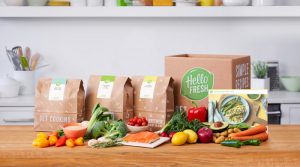 So, I knew that these meal boxes have been around for a while but I never considered doing them myself. I consider myself a pretty decent cook, I mean I LOVE Jamie Oliver and have all his cook books but recently I injured my hand and had to have surgery which meant my hubby, who’s idea of cooking is throwing a frozen pizza into the oven and hoping it doesn’t burn, was in charge of my kitchen.

So after my darling hubby had exhausted his repertoire in the cooking department (which didn’t take long), his work mates suggested he give HelloFresh a go, guaranteeing him ‘anyone could cook these meals’. He jumped online chose and ordered 3 meals to give it ago, they arrived at our door a couple of days later.

So our first cooking night came around, I was ushered out of the kitchen while my hubby, followed the step by step instructions and delivered to me and the kids a meal, that if I wasn’t sitting next to the front door I would have thought he ordered a sneaky deliveroo and popped it on our plates! It was awesome! Sweet mustard Chicken and a roast vegetable salad, with spinach and fetta – amazing, so fresh and tasty! This from the man who once actually asked me ‘how long do you cook two minute noodles for?’, those instructions are good! 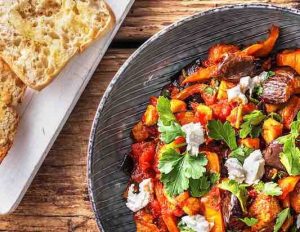 The days afterwards he continued to deliver amazingly delicious meals, he was obviously excited to order the next box since he’d jumped on line and chosen the meals before I even suggested it. I realised that these meal kit aren’t for the lazy, but for anyone who liked food and needed inspiration to spice up their weekly dinner routine.

We’ve continued it ever since and I’ve been able to join in the cooking fun. Getting 3 meals a week still gives us the chance to eat out and have a left overs day, so now waste. With the meals starting at $9 each, it’s hard to see how we could get better variety in such a convenient way and at such a good price. 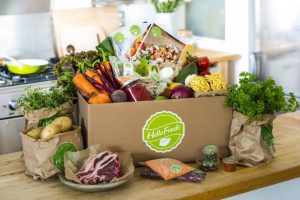 Would you like to give these boxes of food a go? Use our unique code to get $50 off your first order! 100% worth it!!

What To Do This weekend In Geelong??? 4-5th March